Do you struggle to sleep?

Do you have a regular sleep schedule?

Yes, and I think I have a good sleep schedule
No
Yes, but it includes shift work/irregular hours
Yes, but I don't feel like I sleep for long enough

Do you usually sleep straight through?

Do you tend to take naps during the day?

What position do you sleep in?

Side
Back
Stomach
Other

Do you share a sleeping space, or prefer to sleep alone?

How light is the room that you sleep in?

Dark
Some low level light
Well lit
Dark, but my light goes on in the morning

How warm is the room that you sleep in?

How noisy is the room that you sleep in?

How do you feel when you wake up?

Do you have any aches or pains?

How often do you dream?

How do you define yourself?

Herbivore (prefers eating plants)
Carnivore (prefers eating meat)
Omnivore (enjoys eating plants and meat)
Every night can be the best sleep you've ever had. To prove it, we'll send you our renowned sleeping secrets on how to have a more fulfilling sleep. Where should we send them? (Your quiz results are on the next page!)
See results
TAKE OUR MATTRESS QUIZ
Interactive
Mattress
Selector
Home / Blog / How to Help Hay Fever at Night

How to Help Hay Fever at Night

Hay fever sufferers usually struggle the most in the “hay fever season” between the end of March and September, with May and June being particularly problematic. Hay fever has no easy cure, and completely preventing it is hard. There is plenty of general hay fever advice, but many people experience particular problems when they’re trying to sleep. 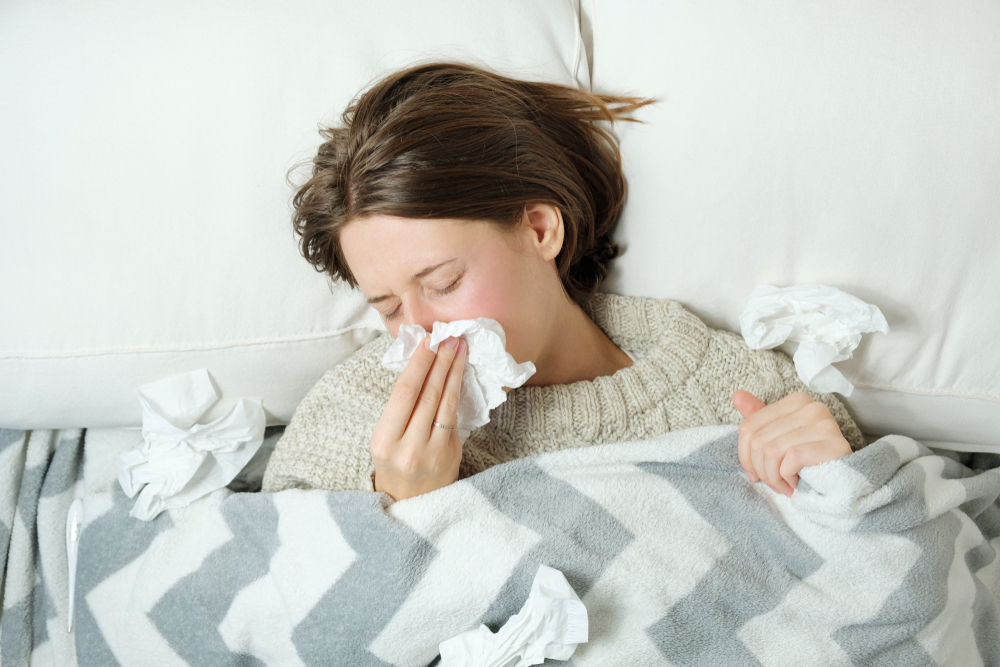 Hay fever often feels worse at night because hot air rises during the day, and carries pollen with it. During the night, the air cools and the pollen descends, with the majority of it reaching the ground between 8-10pm. You therefore need to be careful when it comes to your evening habits.

If you want some tips on how to help hay fever at night, then here at John Ryan By Design we have you covered.

Fresh air is great, but not during the daytime if you’re a hay fever sufferer! Get into the habit of checking the pollen forecast before you let the outside in. Close the windows and doors to your room during the daytime (when the amount of pollen is high), as otherwise it can make allergy symptoms worse when you try to sleep.

Throw a spare bed sheet over your duvet when you get up in the morning. This stops any allergens from gathering on your bedding. You can then discard the sheet when you sleep, washing it bi-weekly to remove the pollen!

Dress in the Bathroom

Pollen can stay on your clothes for hours after you’ve been outdoors. Try to keep it away from your bedroom by dressing in your bathroom (or another separate space) instead. 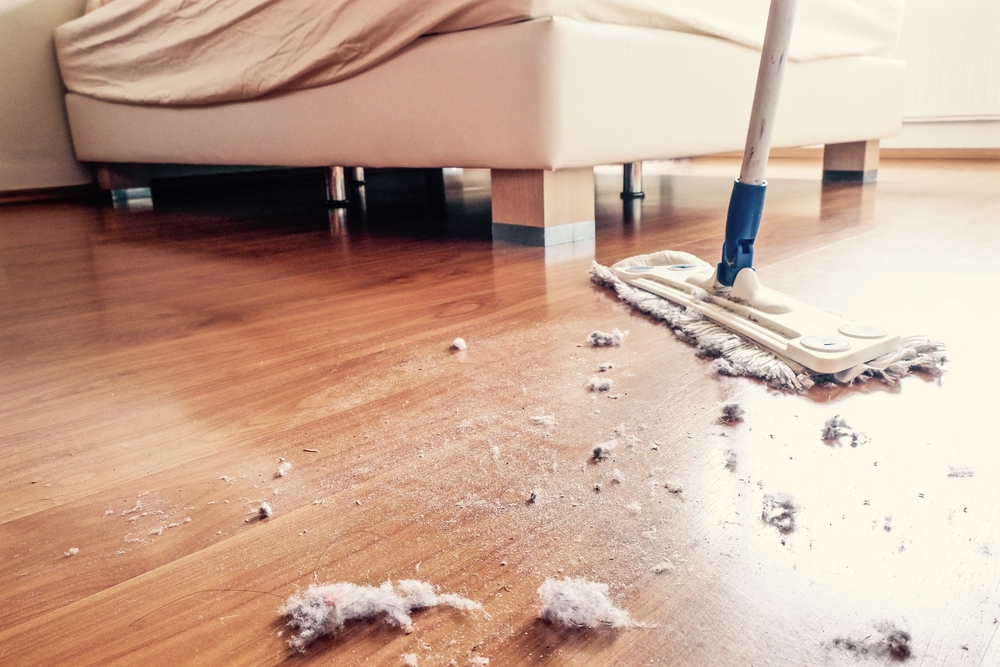 A vacuum can remove most stray pollen from your carpet, but a damp cloth is useful for surface dusting too. The damp causes the pollen to cling to a cloth, rather than spreading it around.

Pay particular attention to rinsing your eyes and nose before bed, as well as washing your hair. A simple shower before bed does wonders for removing any trapped pollen. An alternative would be to place a towel over your head and position your face over a hot bowl of water. This not only cleans your face, but inhaling the steam opens up your nasal passages. 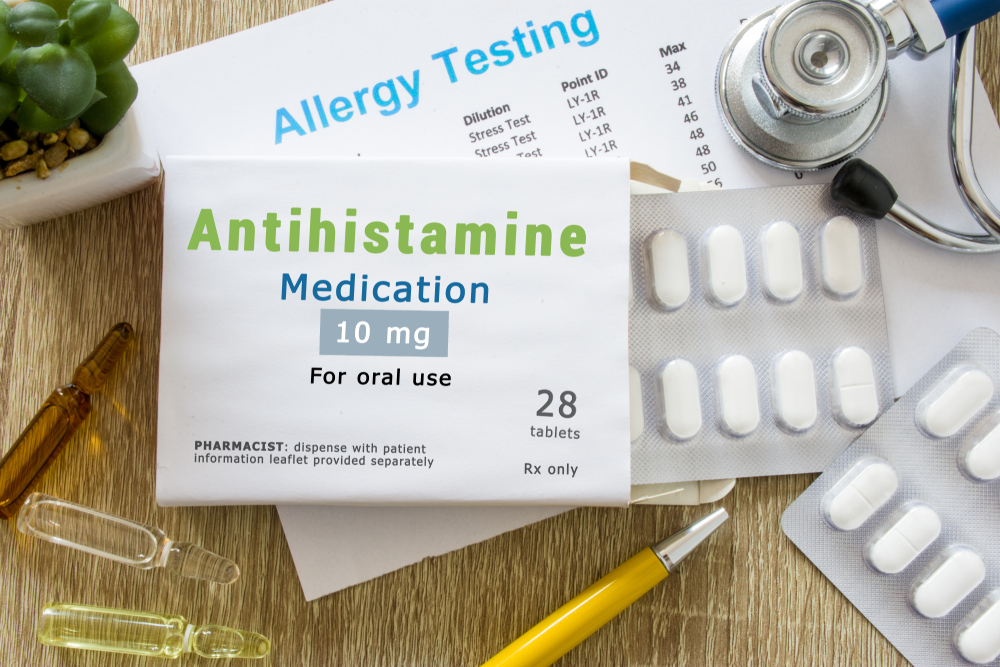 Tie Your Hair Back

If you don’t want to wash your hair before bedtime, then make sure you tie it back (if it’s long). Hair tends to trap pollen particles, and you don’t want them falling onto your face in the night.

An antihistamine 30 minutes before you sleep can give you a more peaceful night’s rest. You could also consider an anti-inflammatory or steroid nasal spray, or eye drops, but consult a pharmacist or your GP for more specific advice.

Before you sleep, try dabbing a little vaseline or petroleum jelly around the outside of each of your nostrils. This will trap any airborne pollen particles, and avoid them going up your nose.

This might seem like an obvious fix, but it’s an effective one. Wash your bedding each week at 60°C, as this will remove pollen particles, dust mites, germs and more. You should also try to dry your bedding indoors, to avoid all your hard work being undone by stray pollen particles. 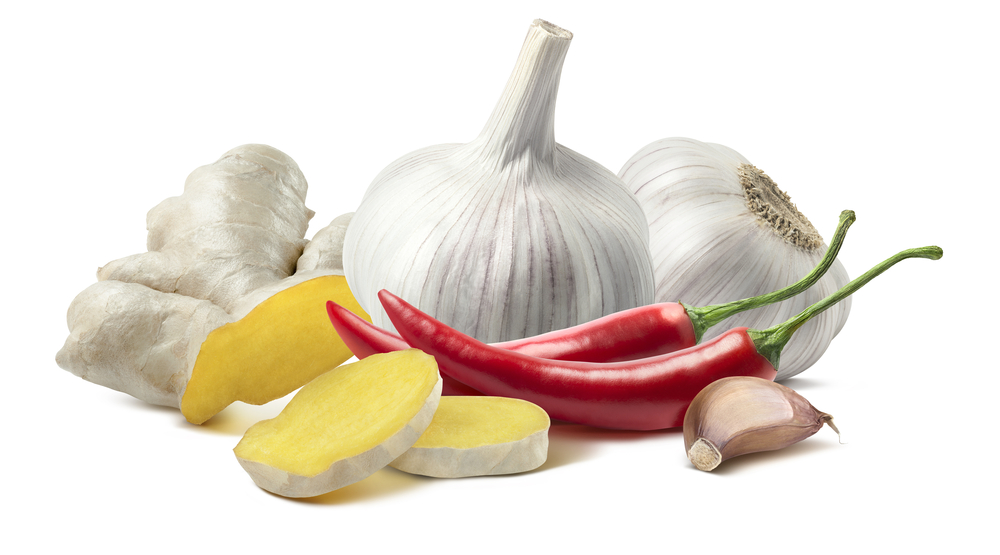 Dairy products, foods that are heavy in sugar and starch, and alcohol can make hay fever symptoms worse. Stay away from them before going to bed! Inversely, vitamin E (found in eggs and oily fish) and vitamin C (found in spices like garlic, ginger and chill, or onions) is often said to reduce the risk of hay fever, so it’s a good idea to work them into your diet throughout the year. There’s also an anecdotal theory that a spoonful of honey at bedtime has some benefits, as well as the bromelain contained within pineapples.

It might take some getting used to, but wraparound sunglasses can do a great job of protecting your eyes during the night. It means there’s less chance of any pollen irritation.

When it comes to getting a good night’s sleep in the summer months as a hay fever sufferer, prevention is a better route to take than looking for a full-on cure! Another preventative measure that we haven’t talked about while discussing how to help hay fever at night is to consider a hypoallergenic mattress. 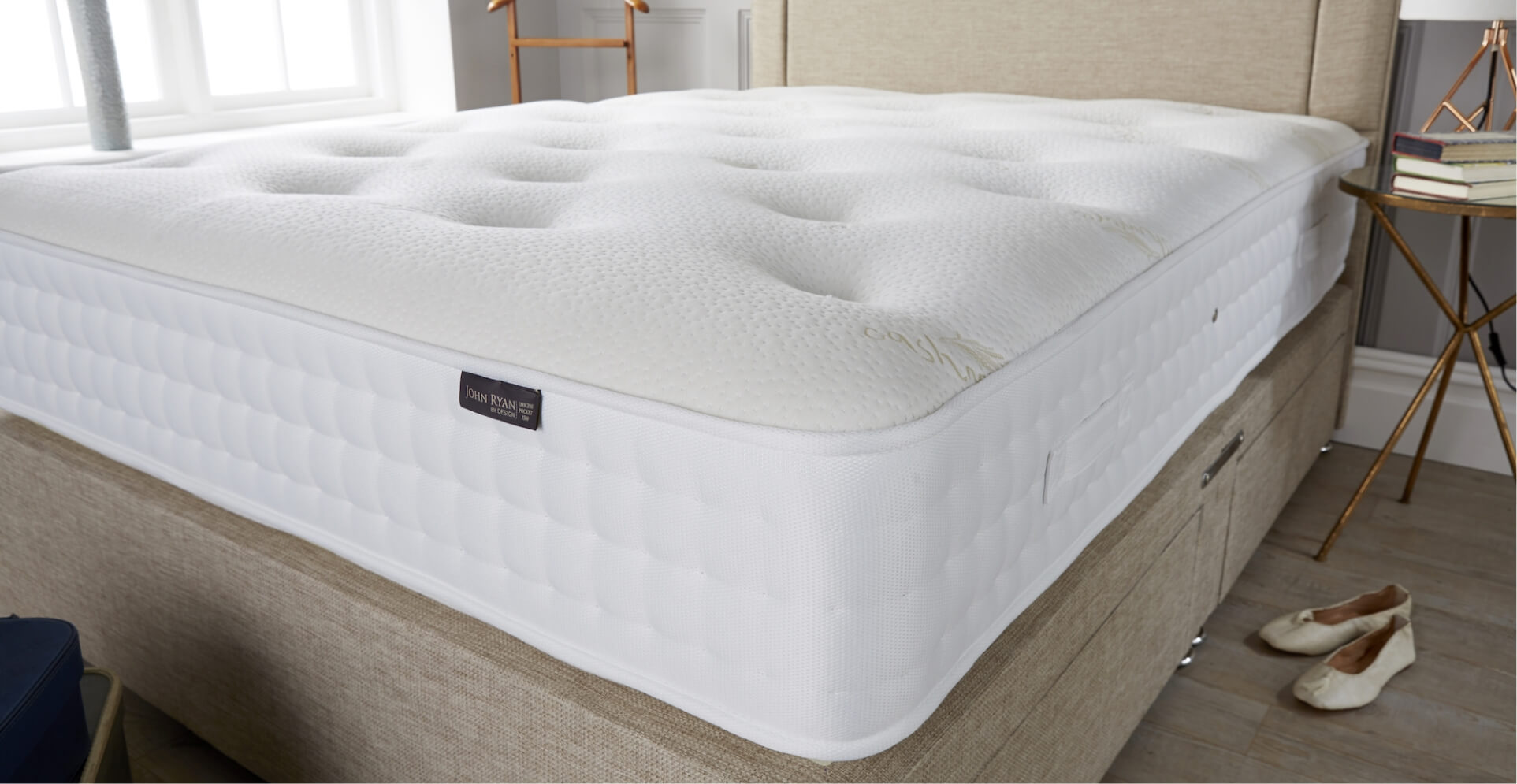 Hypoallergenic mattresses can prove to be very resistant to potential allergens, of which the grass and tree pollen that causes hay fever is one.
Such a mattress will also be a great help to people who struggle with other types of allergy, and John Ryan By Design has a great range that we’d be happy to discuss with you.

Find Out More About Hypoallergenic Mattresses

No results
Load More Questions
Related Posts
3 Science-Backed Reasons to Invest in a Better Bed
Getting some quality sleep isn’t an exact science, but it is hugely important for your overall health and wellbeing At...
Learn more
What To Do If Your Memory Foam Mattress is Too Hot
No one likes waking up in the middle of the night feeling hot, clammy and sweaty However, this is often the case for many...
Learn more
Is it Time to Re-Think The Way We Prioritise Sleep?
When it comes to self care, and keeping up with your health and wellness routine, getting enough sleep is always the most...
Learn more
Bedtime Routine For Adults: 5 Things To Do For A Restful Sleep
Have you ever thought about what goes into your bedtime routine Do you watch TV until you sleep Maybe you work until you’re...
Learn more
Is Your Mattress A Pain in The Neck?
A significant number of people report that the simple act of sleeping on their mattress can lead to them experiencing aches,...
Learn more
Are You Sleep Procrastinating? How To Beat it!
We all procrastinate from time to time, whether it be putting off a job that needs doing or leaving the dishes for tomorrow...
Learn more
Bringing That Luxury Hotel Feeling Into Your Bedroom
...
Learn more
Are You a Side Sleeper? Then We’ve Got Some Advice For You
Your sleeping position plays a pivotal role in the quality of sleep you get every night, and as it turns out, the majority of...
Learn more
Newsletter
Enter your email to join our newsletter. We’ll send you occasional news and mattress expertise.