Memory Foam is a chemically produced synthetic mattress foam, not too dissimilar to other foams you may have around the house. The difference is that Memory Foam is viscoelastic, or reacts and softens when subjected to heat. It's now used in a variety of mattresses from Casper, Simba, Leesa to Eve. However, it may be interesting to find out exactly how memory foam mattresses are made and what's inside them.

Memory foam has become increasingly popular over the last two decades as the next big thing in mattress manufacture. People either love it or hate it, search online reviews to find polarised opinions on memory foam beds. Memory foam offers a slow sink into your mattress where you are then held during the night. For some people, this is bliss as the mattress warms up and softens around you. For others, it is an uncomfortable and sweaty experience. It’s important to understand what memory foam actually is before jumping in to purchase one. We will help to provide some more detail on memory foam mattresses so you can choose the most suitable mattress.

What is inside my memory foam mattress?

Memory foam comprises of a number of chemical compounds used in its manufacture, around 61 different chemicals. Each brand may use different suppliers from different countries. This means that Memory Foams won’t all share the same exact chemical compositions, each manufacturer will have their own recipe or formula.

Each country also has its own chemical standards and accepted rulings of the use of them. A cheaper mattress from China may have a completely different ‘accepted’ set of chemical ingredients to one manufactured in the UK or USA. This ingredient list is kept a closely guarded secret.  The Fire Regulations set by each country differ so imported Memory Foams may not meet the requirements of the UK which is why it is vital you check which fire retardant standards your memory foam mattress meets. You can read more on that here.

That said there is a set of some 61 ingredients that are likely to be found in Memory/Viscoelastic Foam.

Memory Foam is manufactured as a polyurethane foam using water, isocyanates (common examples toluene diisocyanate and methylene diphenyl diisocyanate) and polyols (common examples glycerine, petroleum, plant-based oil derivatives) which are usually sprayed onto each other on a conveyor belt and then combined with a reactant that acts as a catalyst to create an open cell structure.

This may all sound very complicated but we simplify it as follows:

A small change in some of the chemicals then alters the density, hardness or response rate of the foam. The majority of foams are manufactured using a slabstock manufacture process, which is the process above of making large ‘slabs’ of Memory foam using the conveyor belt process rather than individual moulds which would be incredibly expensive.

If you’ve not already seen it heres our detailed article on all things memory foam which makes for interesting reading.

How does a memory foam mattress feel?

This is a question we get asked a lot by people searching online for a new mattress. If you haven’t slept on a memory foam mattress before the sensation will be very different to a traditional pocket sprung mattress.

The feeling of memory foam is similar to a soft, slow sink into a very dense sponge. Some people refer to it as ‘warm wet sand’ others as a firm marshmallow. As memory foam retains and responds to heat it can take a while when in bed for it to start to mould to you. Unlike Natural Latex which just responds to pressure allowing for a quicker more responsive sleep surface.

Some people complain about the heat retention making them sweat in bed. Other people don’t like the struggle often felt when trying to turn over at night in a memory foam mattress. This is a matter of personal preference when looking for a memory foam mattress vs a more natural pocket sprung alternative.

There are some other chemicals which are subject to debate about the safety and volatility of them being present in a mattress. Given there are 61 of these chemicals mixed to create the foam the actual inherent risk is unknown. It may be really small but people who are allergic to certain chemicals often frequently cite the following as memory foam nasties.

The jury is still out on how toxic these are, you would really need to understand the amounts and percentages contained in each memory foam mix. It’s assumed given the widespread sales of memory foam that these chemical levels are safe to sleep on. If you’re still concerned you should look for a natural fibre mattress instead.

How are memory foam mattresses made?

Memory foam mattresses are all pretty much made in the same way. Memory foam itself is created as a mix and then poured into moulds where it is baked. Each blend and manufacturer will have a slightly different way of doing this.

After its been manufactured memory foam is then used as a ‘comfort layer’ in mattresses. There are no ‘solid 100% memory foam mattresses’. Why is this? It’s because even at its firmest 80kg density it’s still too soft to offer support. You would eventually just keep sinking into it. Instead, memory foam is layered up on top of firmer support foams, such as reflex foam. This tries to emulate the support usually offered by a pocket spring unit and then the memory foam layers also try and replicate the upholstery you would usually find on a mattress.

The memory foam layers are then glued onto the support foam with a chemical adhesive. These layers or layers should usually go from firmer foams at the bottom to the softer foams at the top. In the above example, the first yellow band of memory foam would be 70kg with the top layer being a softer 60kg.

This glued layer construction method means you can’t turn a memory foam mattress and can only ever use one side of it.

What’s the lifespan on a memory foam mattress?

The average lifespan of a memory foam mattress before the foam compresses and doesn’t return to its original position is between 3-5 years.

This happens because of two reasons.

What are the alternatives to a memory foam mattress?

The best alternative to memory foam is Natural Latex which has all the benefits of progressive comfort but with none of the drawbacks.

Our Fusion range of 100% Natural Latex mattresses are two-sided and offer a slow pressure relief feel without the need to retain as much heat as synthetic memory foam. Latex is also much quicker to respond to changes in movement during the night as it returns to its original position almost instantly. Memory foam mattresses have long been criticised for holding you to rigidly in the ‘dip’ that it creates around you as you sink into it. Natural Latex is completely different as it only responds to your body’s pressure and not heat. So when you need to move it returns to its original shape almost immediately. Meaning its easier to turn and you don’t get as hot at night. All whilst still offering ultimate pressure relief for sleepers.

The end result is a foam which reacts to heat, making it mould and conform to whatever shape and pressure that is placed upon it, usually a human! Memory foam is often described as a foam that allows you to sink slowly into it as it moulds to your body.  Interestingly people either love or hate this sensation, but fear not there are a variety of variations of these properties!

Latex, on the other hand, is vastly more responsive than memory foam so why not add it to your list of potential new mattresses? 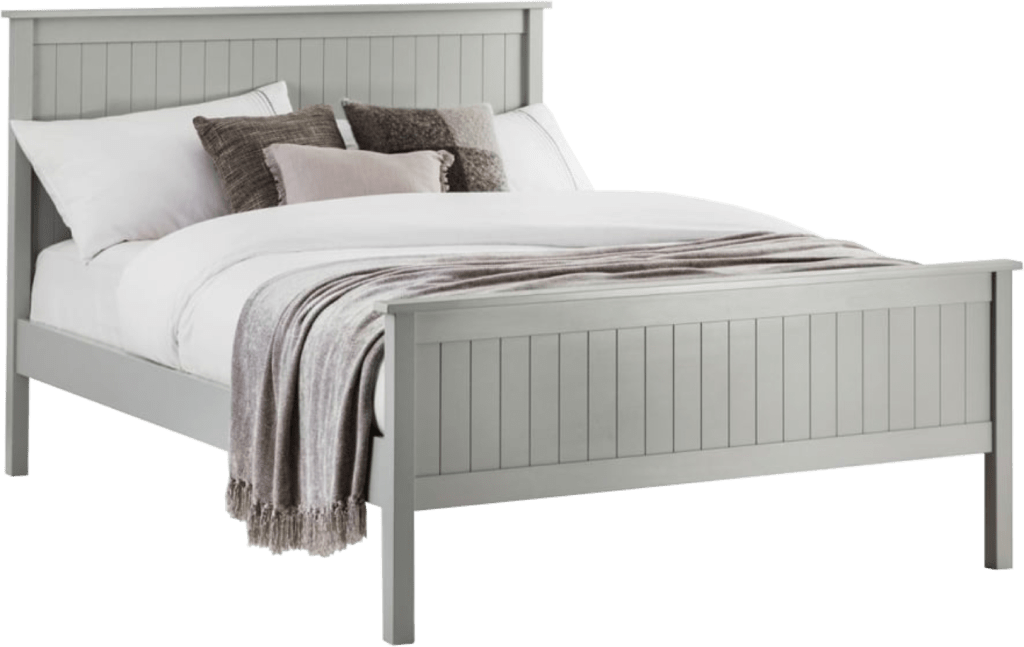 Don't you deserve a mattress tailored just for you?
Our small friendly team can help you choose a mattress specifically tailored to your needs. With our 60 Day Love it or Return it Guarantee its completely risk-free.
View our range See why we are the most trusted bed retailer